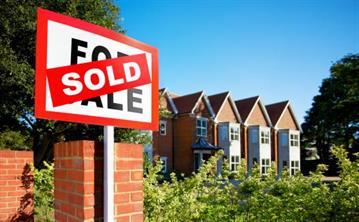 A deal negotiated between Housing associations and Government leaders, could see controversial plans to extend the right-to-buy policy, pushed through without parliament scrutiny.

Ministers would abandon plans to legislate for an extension of the right-to-buy scheme to 1.2m association homes. In return, the housing associations would sell voluntarily to tenants wishing to buy their homes.

The proposed deal was announced by the Communitys Secretary and National Housing Federation boss, and needs to be agreed by the 1,400 housing associations in Britain in the next eight days.

What are first time buyers’ fears?
How to make the house buying process easier
Ten Top Tips for Attracting Tenants
What Features Attract and Detract Buyers?
Things You Need to Know When Looking to Buy Your First Home
Considering and Accepting an Offer
Tips on Improving Your Mortgage Chances
Choosing Between a Flat and A House

Once logged in you can amend your personal details, add/amend/delete email alerts and access your saved properties.

New property alerts are sent to your requested email address at your selected frequency once an we publish a new property or a price change takes place.

To manage your alerts, click on the members icon at the top of the screen once you are logged in alternatively you can access this from each and every property.

You can register here!